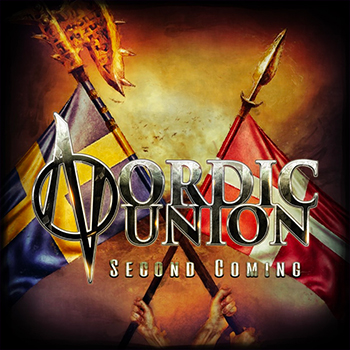 With Nordic Union set to release their much anticipated third album 'Animalistic' on 12th August 2022, we turn the clock back three years ago when their sophomore album 'Second Coming' was on the cusp of seeing daylight and Ant Heeks caught up with Erik Martensson.

So Erik, when Serafino first approached you with the idea for the project, what attracted you to working with Ronnie?

Well I love Pretty Maids, they are an influence on what we do with Eclipse, and I think he’s a fantastic singer, you can immediately hear that it is his voice. It was a no-brainer for me, I immediately said yes. I was kind of tired of doing these projects and stuff for Frontiers, but there was something about working with Ronnie that was too difficult to say no to.

All of the bands and projects you work on like Eclipse, W.E.T., Ammunition and Nordic Union all very much have their own identity. Do you write specifically for each project or do you always have a pool of songs you can draw from?

I always write specifically for each project. When I’m writing for Nordic Union and there comes a song that sounds like Eclipse then of course I will save it for Eclipse, but I really try to give each project its own identity, and for me that’s very, very important. There are certain ways of writing that I try to go for with Nordic Union, and I do think that it definitely has its own identity. It sounds nothing like W.E.T., even if it falls into the same genre of music, it sounds completely different.

I think that the lyrics you write for Nordic Union are your most political and socially aware, is there any particular reason for this?

I don’t really know. I have lot of political ideas and views of course, but I rarely put them into Rock music. But Ronnie has written a lot of lyrics for this album so some of the views are his and some are mine. I guess the most political one is ‘It Burns’, it’s Ronnie’s lyrics on that one.

Well ‘It Burns’ is the song that stands out the most because of the opening line “you chose a bully as a President, the definition of incompetent” – is that aimed at a certain Mr Trump?

Yes it is, absolutely. Ronnie’s lyrics match perfectly with the vibe of the song. That’s probably one of my favourite songs on the record, I wrote it pretty fast. If you listen to the harmonics, it’s not written as a usual Hard Rock song, the harmonics are pretty different to much of the songs in this genre, which is why I really like it.

Another song that really stands out is the stunning opener ‘My Fear And My Faith’, what’s the story behind that one?

Ronnie wrote the lyrics for that one too, I just did all the melodies. I wanted to have a big, classic Hard Rock vibe to the song, but it’s not that I have a specific emotion. I sit down with my guitar and try to come up with riffs all the time, and once in a while some guitar riff pops out that I really want to keep working with, and that is one of those songs. The guitar solo on it is actually Love Magnusson from Dynazty.

Before I spoke to you I watched the video for the first single ‘Because Of Us’. It’s quite a dark and atmospheric song.

That’s one of my favourite songs on the record, it’s actually my kids that sing at the beginning and the end. We were renovating the whole top floor of our house so we couldn’t sleep there because they’d taken out all the walls and ceiling, so for a couple of weeks we slept in the apartment that is at my studio, and the kids were there when I was working on the album. So I got them to try singing the vocal line and it worked out really well and gave the song a lot of identity. I don’t really know what I was thinking back then when it came to the lyrics though!

You wrote the debut album yourself, this time Ronnie has contributed lyrics, but as you’re such a prolific song-writer who has written so many brilliant songs of your own, how do you feel about collaborating with other writers?

I love it, I’m so tired of hearing myself, so it’s great to work with somebody else. Ronnie’s lyrics are great, as you’ve noticed (laughs), but when you write music together like we do with Eclipse; if Magnus Henriksson would write a song it would be totally different to how I would write it, but when we work together we do something that none of us would do alone. We create something that is in the middle and that is why I really love writing with others. I try to do it as much as possible, for every project I am working on I try to write with as many people as possible, because new influences are always really good.

One of the things that really stands out for me on this album is your amazing guitar work, how do you feel about being a lead guitarist, is it something you enjoy?

I love it! I actually see myself as a guitar player, I don’t see myself as a vocalist at all, it just happened by accident almost because everybody else in the band sang worse than me, so I had to take the role! (laughs) But in my heart I’m really just a guitar player so it’s really good to have somebody else singing the songs.

Do you think that Nordic Union will ever perform live?

Absolutely. There are no plans at the moment but we are talking about it. When the timing is right we will make it happen, it would be a shame not to play these songs live. We are actually going to try and play some shows with W.E.T. next year, there are plans but it just takes time. Jeff is occupied, I’m occupied, Robert is occupied, so it’s hard because there are only so many weekends in a year!

And I can’t leave you without asking about Eclipse, what is the situation there, are we likely to be hearing any new music soon?

Absolutely, we are writing a brand new record right now and we’re hoping to record it very soon. We are trying to take a little new direction because we don’t want to repeat ourselves too much, so we will try out some new stuff with this record. Nothing seriously different, we’ re not going to do Jazz music or anything (laughs). With every record we’ ve been trying to find our own sound more and more. What is Eclipse? If you go back to the earlier records you can easily hear every influence on every track, this one sounds like Rainbow, this one sounds like Whitesnake or whatever, and for every album since I think we’ve washed the influences away and it’s becoming more like we’re getting our own identity as a band, and I think we’ve succeeded with that but we want to take it even further and see what we can make out of it. But I guess people will still say “it sounds like Eclipse”, and that’s a great thing if people think that, it’s the biggest compliment. 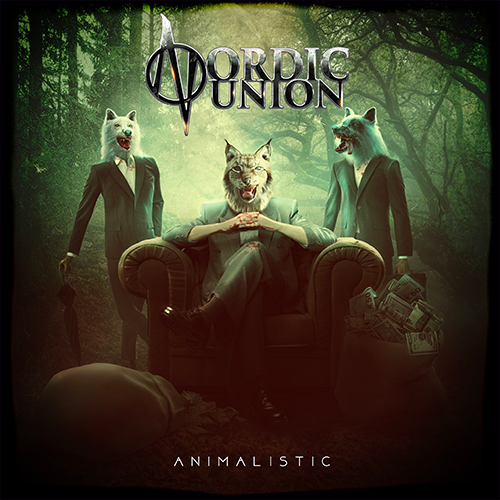 Animalistic with be released on 12th August 2022.