After recently closing their summer festival season at Indoor Summer in Hamburg, Germany, there's less than two months left until international hard rock outfit Coreleoni's return to the stages in form of a 22-date headline run across Europe. The quintet will be focussing on hits from their chart-breaking studio album »III« (Swiss Hitparade: #2 / Official German Charts: #39; released on May 20th, 2022 via Atomic Fire Records) but also be performing other fan favorites on this run. Besides adding a stop in Agno (CH) on November 22nd, Coreleoni are pleased to announce that former Burning Witches singer SERAINA TELLI will be opening those evenings today. You better secure your tickets now to not miss out on this energy-laden package!

Subscribe to Atomic Fire Records on YouTube and listen to Coreleoni's latest material as well as other new tracks in the »AFR New Releases« playlist on Spotify: https://afr.link/SpotifyNewReleasesPR.

Produced by Leo Leoni, »III« was also recorded by the maestro himself alongside Davide Pagano (Gotthard etc.) at Swiss Yellow 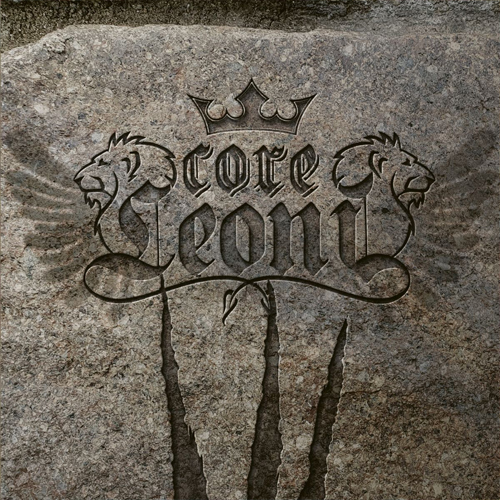 They are one of the most passionate homages to classic hard rock that have stood out in recent years: Coreleoni. In the center of the formation literally beats the musical (lion) heart of guitar icon and Gotthard founding member Leo Leoni. Founded in 2018, Coreleoni surprised the rock community with their »The Greatest Hits - Part 1,« which was released seemingly overnight. The album, which revived the old Gotthard classics - and with them the spirit of the time - caused quite a stir.

Comparing Gotthard tracks like 'Fist In Your Face' and 'I'm On My Way' with new catchy anthems such as 'Let Life Begin Tonight,' 'Purple Dynamite' or 'Guilty Under Pressure' highlights the unbelievable timelessness and longevity of Leo Leoni's songwriting clearly. With "modern vintage," Leoni describes the style in his own words and hits the nail on the head: classic and yet always up to date.

New on board with Coreleoni is singer Eugent Bushpepa. With his powerful voice, he adds a whole new level of authenticity and old spirit to the songs. "I don't think anyone has released an album like this in a long time," Leo Leoni states. "Hardly anyone thinks and writes in this way anymore or still uses Les Pauls guitars and Marshall amps the way we do. Personally, as a rock fan, I've missed that a lot in recent years. And Eugent Bushpepa has turned out to be an absolute stroke of luck for that. He underlines vocally exactly what I feel like doing and what I want to hear on a new rock album."

No doubt about it, Coreleoni are an absolute affair of the heart. Grown out of the musicians' personal desire to hear a new rock album in exactly this style again, a strong spirit has emerged, which the musicians, long since welded to friendship, now want to carry out into the world.